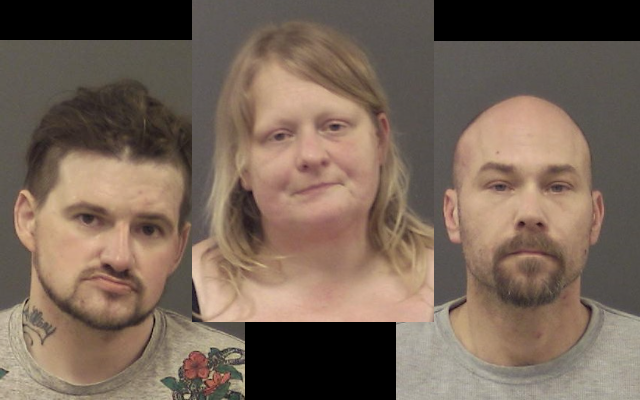 On December 11, 2022 at approximately 2:20 am, Bolingbrook Police conducted a traffic stop on a 2014 white Nissan Versa near Remington Blvd. and Brookview Lane for a registration violation. A probable cause search of the vehicle and occupants was conducted and quantities of suspect cannabis, heroin, crystal methamphetamine, and crack cocaine were found on three of the four occupants. All three were placed under arrest without incident and transported to the Bolingbrook Police Department. The following individuals were charged as follows:

Roger D. Porter, 41, of the 200 block of Ashley Drive in Princeton, IL, possessed suspect cannabis and heroin and was charged with possession of controlled substance and possession of adult use cannabis in a motor vehicle.

Sasha M. Starr, 42, of the 200 block of South King Street in Wyanet, IL, possessed suspect heroin, crack cocaine, and crystal methamphetamine and was charged with possession of controlled substance with intent to deliver.

Matthew J. McCauley, 32, of the 300 block of Briar Lane in Princeton, IL, possessed suspect heroin and was charged with possession of controlled substance, obstructing justice, and two outstanding in-state warrants.

All three were transported to the Will County Adult Detention Facility.