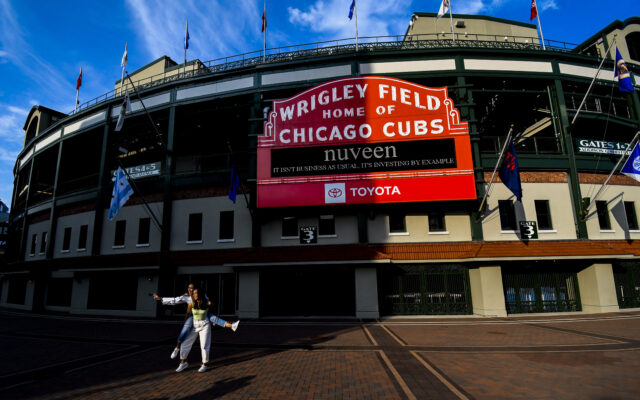 Chicago Cubs fans stand outside of Wrigley Field before a baseball game against the Minnesota Twins Sunday, Sept. 20, 2020, in Chicago. It was the last home game of the season. (AP Photo/Matt Marton)

Cubs Chairman Tom Ricketts says the team will compete for the division this year.  He made the statement during the Cubs Convention over the weekend at the Sheraton Grand Chicago Hotel.  The Cubs have added several free agents to the roster including shortstop Dansby Swanson, right-handed pitcher Jameson Taillon, and center fielder Cody Bellinger.  Over the weekend, the team signed free agent first baseman Trey Mancini, who played with the Orioles and Astros last season.