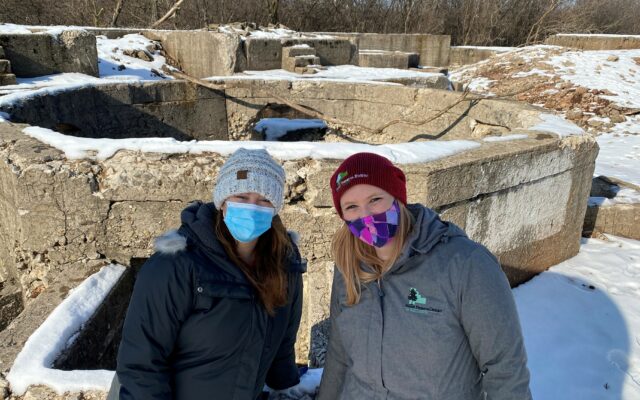 Delve back into Joliet’s industrial past or fly high with the eagles during season two, episode one of the Forest Preserve District of Will County’s nature program, “The Buzz.” The show will air at 8:30 p.m. on Wednesday, January 27, on the District’s Facebook page, Facebook.com/WillCoForests. The episode will highlight two Joliet jewels: the Joliet Iron Works Historic Site and Rock Run Rookery Preserve.

Sara Russell, a Forest Preserve interpretive naturalist, will lead the tour of Joliet Iron Works, which preserves the remnants of the massive iron manufacturing facility that once operated on the site from the late 1800s to the early 1900s employing thousands of people. After exploring Joliet Iron Works, the show will shift gears and head to Rock Run Rookery, which has been a hot site for eagle watching this winter. Lyttle will highlight interesting facts about the birds, viewing tips and birding dos and don’ts. The segment also will feature video of eagles in flight and on the hunt.

For those who miss the shows when they first air, recordings of the episodes are available for viewing on the District’s Facebook and YouTube, YouTube.com/WillCoForests, pages. In addition to being aired on social media, “The Buzz” also is carried by cable TV stations in Joliet, Naperville, New Lenox, Romeoville and Tinley Park.