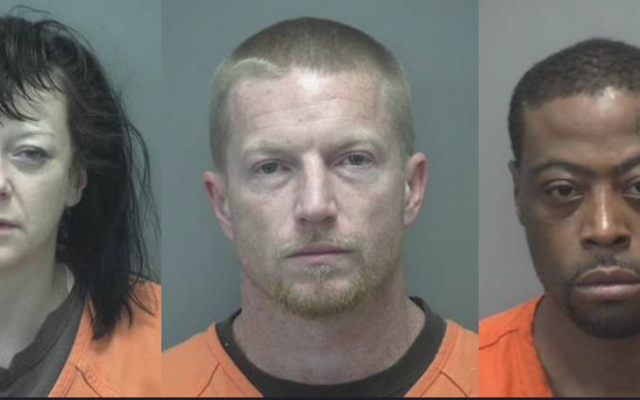 On October 27, 2022, at approximately 8 p.m., Illinois State Police (ISP) responded to a report of an interstate shooting on I-39 northbound near Hope Township at milepost 40 in LaSalle County.  With a general description of the suspected vehicle, ISP officers located the vehicle and began following it on I-39 near LaSalle at milepost 57.  Around Mendota at milepost 75, a passenger in the vehicle fired multiple shots toward the ISP squad car, hitting the car.  Fortunately, the ISP officer was not injured.  ISP continued to follow the vehicle further north, and after briefly losing sight of it, located it again on I-39 northbound near Monroe at milepost 112.  At that time, ISP Air Operations had the vehicle in sight and ISP officers on the ground initiated a pursuit, which continued into Wisconsin.  ISP provided information to the Clinton Police Department in Wisconsin, enabling them to deploy stop sticks.  Ultimately, the vehicle ran out of gas and the three suspects in the vehicle were taken into custody.

ISP officers and resources, such as Air Operations, deployed across the entire state allow ISP to respond quickly to interstate violence anywhere throughout Illinois.

The investigation is ongoing and no additional information is available at this time.

The public is reminded that all suspects are presumed innocent until proven guilty in a court of law.