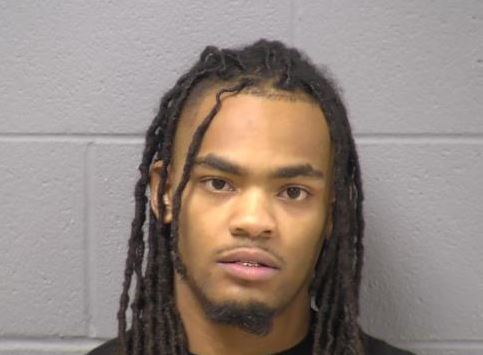 WJOL has learned the name of the man accused of starting a police purusit that ended with his arrest and three injured officers. 21-year-old Markease M. Walker is facing 18 charges, 16 of them felonies, related to the incident on Monday, November 9th.

It was on Monday afternoon that the Will County CPAT Task Force was conducting a covert operation in Romeoville in the business park at Weber Road and Interstate 55. CPAT had prior knowledge the subject of their investigation would be in possession of firearms. As Officers attempted to take Walker into custody he crashed his vehicle into vehicles’ of CPAT Officers and drove at pedestrian Officers on the scene attempting to effect his arrest. Shots were fired by the police at the subject at this time. No one was struck by gunfire.

Walker evaded arrest in Romeoville and was under constant surveillance as he led officers through Woodridge, through Bolingbrook, and ultimately crashed in Plainfield. Walker was arrested in Plainfield and firearms were recovered. Three Plainfield Police Officers were injured during the course of this arrest, none are life threatening.

Walker’s bond has been set at over $2 million bond.