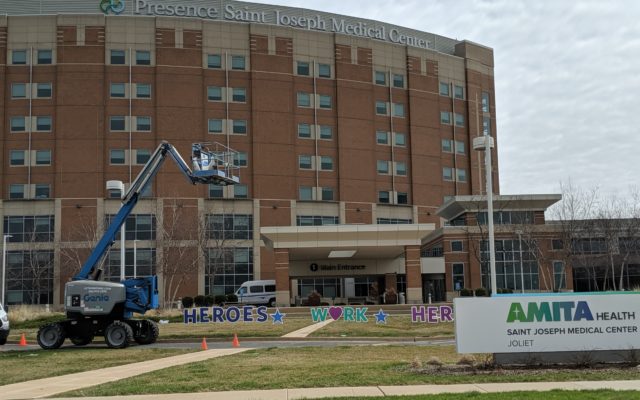 The Illinois Nurses Association has filed an unfair labor practice complaint with the National Labor Relations Board against Ascension St. Joseph Medical Center in Joliet.

Last Friday, October 21st, three nurses were escorted off the campus for complaining about staffing shortages. There were supposed to be 10 nurses on staff in the ER and there were only 4. There were 51 patients in the ER.

On Saturday, during a rally for these nurses, as the nurses walked back into their next shift, these nurses were informed that they were being indefinitely suspended. According to a GoFundMe page, the nurses says “these suspensions are blatant retaliation that violates these union nurses’ contract protections and federal labor law.”

John Fitzgerald of the Illinois Nurses Association says a GoFundMe page has been set up for the nurses who were disciplined over the weekend for complaining about staffing shortages.

Ascension Saint Joseph released this statement to WJOL, “Joliet is committed to working in partnership with our nurses, while also respecting the terms of our labor contract. In doing so, we are conducting a thorough investigation of recent events. We remain dedicated to our Mission of providing compassionate and quality care to the communities we are privileged to serve.”