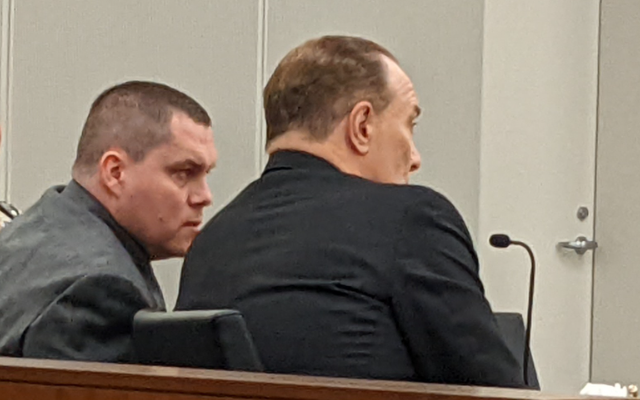 The first-degree murder trial of Jeremy Boshears resumed on Monday in Will County. Boshears is accused in the murder of 24-year old Katie Kearns.

The jury heard from Colburn “Colby” O’Neal wanted to become a full time member of the Outlaws motorcycle club called a probate. In that role he had to do whatever a full time member told him to do, including security. O’Neal knew Jeremy, a full time Outlaw member, and was with him the night that 24-year old Katie Kearns was last seen alive. On November 12, 2017 O’Neal testified that he met Katie for the first time at Woody’s bar where she worked as a bartender. Surveillance video shows both O’Neal and Jeremy arriving in the parking lot of the bar at 11:15 p.m. Video shows them in the bar and later leaving at 12:01 am November 13th. Prior to leaving the bar video shows Jeremy speaking to someone on the phone allegedly telling him to leave the bar as it’s closing. He’s seen violently throwing the phone across the bar.

O’Neal testified that he saw Jeremy and another Outlaw member rolling something up with a pool table cover and carry it to the back of a vehicle. They put something in the back of Kearns Jeep and heard Boshears says he was going to Kankakee. O’Neal and another member got cleaning supplies and a garbage can.

It is believed that Boshears and Kearns were in a romantic relationship at the time of her death. Her body was later discovered in the back of a vehicle hidden inside a barn in Kankakee County. The trial continues today and could last up to two weeks.