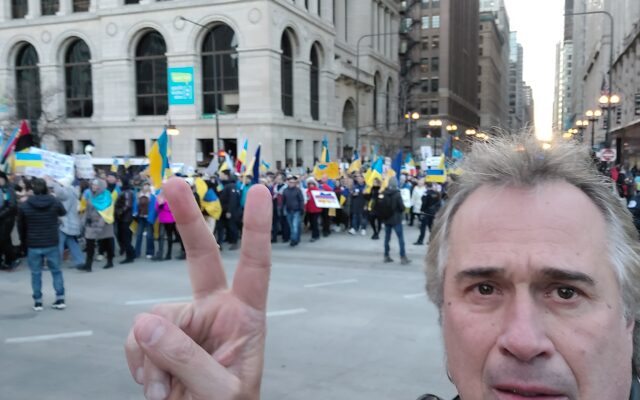 Protesters in Chicago continue to rally against Russia’s invasion of Ukraine. Governor Pritzker was among a group of politicians and community leaders who spoke to the hundreds gathered yesterday in the Ukrainian Village neighborhood.

The demonstration was the latest of several displays of Ukrainian unity in Chicago, which boasts the second-largest Ukrainian population in the U.S.

WJOL’s Rick DiMaio attended the weekend rally for Ukraine. He said that the privilege of attending brought a tear to his eye.