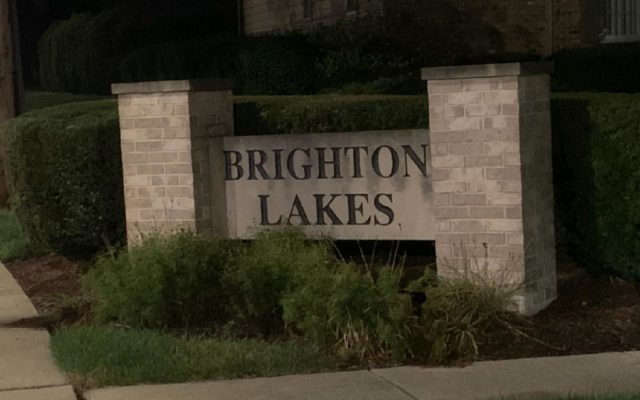 A 55-year-old Plainfield woman allegedly shot her husband in the 19-hundred block of Brighton Lane on the far west side of Joliet on Sunday.

Denise O’Malley was arrested, booked and taken to the Will County Jail for the offenses of Aggravated Battery with a Firearm, Aggravated Discharge of a Firearm and Aggravated Domestic Battery.

It was at approximately 3:15PM on Sunday, that Officers responded to the 1900 block of Brighton Lane reference to a person shot. Upon arrival, Officers located a 55-year-old male victim in the front yard of a residence being treated by neighbors. The victim had sustained gunshot wounds to the chest and leg. The victim indicated that his wife shot him and she was still in the residence. Officers surrounded the house and ordered O’Malley to exit the residence. O’Malley came out of the residence a short time later and was taken into custody without incident. A search of the residence located a firearm believed to have been used in the incident.

During the investigation, Officers learned that a disturbance occurred within the residence in which it was determined O’Malley fired shots at the victim. The victim was able to exit the residence and receive medical attention from neighbors. Victim was transported to Amita St Joseph’s Hospital by the Joliet Fire Department. O’Malley was taken to the Joliet Police Department for booking procedures and eventually transferred to the Will County Jail. The reason for the shooting is still under investigation.