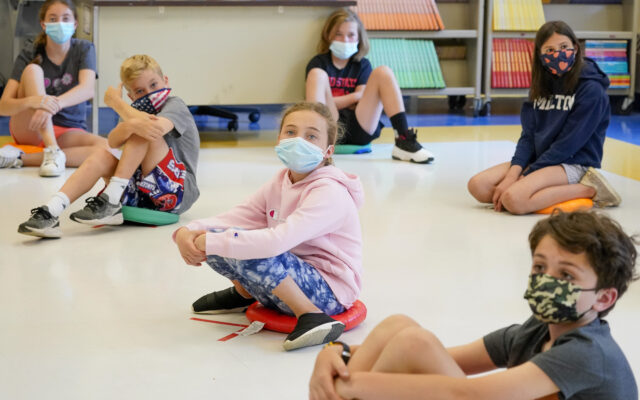 The public schools are on probation. The private schools’ recognition has been stripped.

A body of state lawmakers says the Illinois State Board of Education may be overstepping its authority by revoking recognition of schools, public and private, because of masking policies.

“There is a concern that policy outside of rule may exist and [Joint Committee on Administrative Rules] encourages ISBE to place all guidance and policy in rule,” the clerk for JCAR read during Tuesday’s hearing.

Ten of the 12 members of JCAR, a bipartisan panel of state legislators, approved the resolution.

The vote came after ISBE took questions from members of JCAR in Chicago.

Kristen Kennedy, a deputy legal officer with ISBE, said they didn’t intend to file any rules and said they believe state law and administrative rules that exist now gives them the authority to punish schools, public and private, for not following the governor’s health guidance.

“There is no such oversight process for guidance,” Wheeler said. “So how is the public protected from government overreach if we’re all to live by guidance alone and not by rule?”

While ISBE provided distinction in state law for how public and private schools can be treated for violating rules, an attorney for the agency didn’t answer several questions because of pending lawsuits over the issue.

State Sen. John Curran, R-Downers Grove, said that’s not surprising, calling it a heavy-handed approach on private schools while public schools get to respond while on probation.

“You should have due process in place for all schools, all parents who are invested in these schools whether public or private and most importantly for the children that attend,” Curran said.

Pritzker on Tuesday defended his mask mandates out of concern for COVID-19 cases.

“Until they start to come down on the other side of this we can’t lighten up on our mitigations,” Pritzker said.