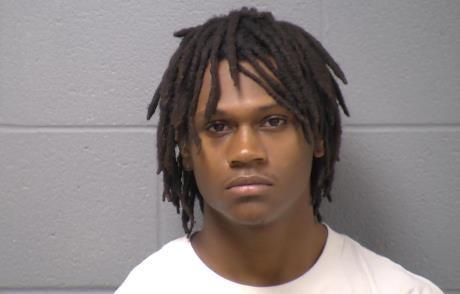 Elwood Police have arrested a 20-year-old resident after allegedly shooting his neighbor and then fleeing the scene. It was on Friday evening at approximately 8:55pm that Police were called to the 800 block of Redwood after receiving a call of a shooting. The suspect, Anthony Hill, got into a verbal argument with his neighbor in the street. At some point during the argument Hill pushed his neighbor to the ground then allegedly pulled a pistol out of his waistband and shot the victim in the right shoulder. The victim was taken to an area hospital with non-life threatening injuries. Hill fled the scene and was stopped by Elwood Police a short time later. Officers found that Hill was in possession of a pistol and discovered a Glock 9mm behind a shed on Redwood. Both pistols had their serial numbers scratched off and were also loaded.

Anthony Hill has been charged with Aggravated Battery, Aggravated Unlawful Use of a Weapon and Aggravated Discharge of a Firearm.