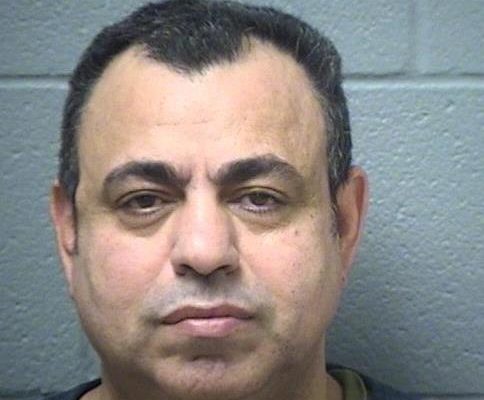 A 54-year-old Tinley Park man has been sentenced in the gruesome murder of his wife. Bahaa Sam was sentenced to 29 years in prison without the possibility of parole by Judge Amy Bertani Tomczak on Tuesday. Sam was convicted in the murder of his then 38-year-old wife Nermeen on December 19, 2012.

A jury found Sam guilty on November 15, 2018, of first-degree murder in bludgeoning his wife to death with a weightlifting bar following an argument. One of the couple’s four children, their then four-year-old boy, witnessed the beating. Sam clubbed his wife repeatedly in their front yard with a curling bar, resulting in severe trauma to the back of her head, and then moved the body under an evergreen tree. The body was discovered by an individual driving past the couple’s home.

“It is truly impossible to comprehend the visceral violence of the savage bludgeoning of this defenseless mother of four,” Glasgow said. “Sam’s ruthless beating of his wife as his innocent four-year-old son witnessed the atrocity is irrefutable evidence of an abandoned and malignant heart. Prison cannot undo the horror this cold-blooded murdered perpetrated upon his family.”

Three of Sam’s four children testified during the course of trial. He had faced a range of 20 to 60 years in prison. The jury spent less than three hours deliberating Sam’s guilt. In addition to the murder conviction, he previously had pled guilty to battery involving his wife.

Glasgow praised the Tinley Park police for their work in investigating the crime, the hard work of Assistant State’s Attorneys Steve Platek and Tom Slazyk who prosecuted the case, victim advocate Kelly Sullivan, and Gus Martinucci who provided audio and video assistance throughout the course of the trial.