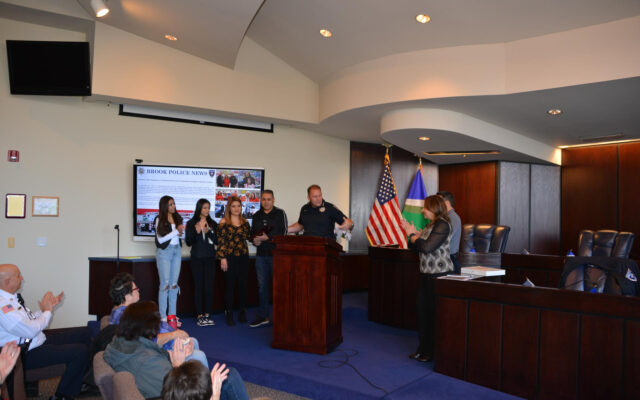 Bolingbrook Police Chief Mike Rompa and Fire Chief Jeff LaJoie kicked off the 2023 Coffee with the Chiefs series in the Village Board Room on January 10th. 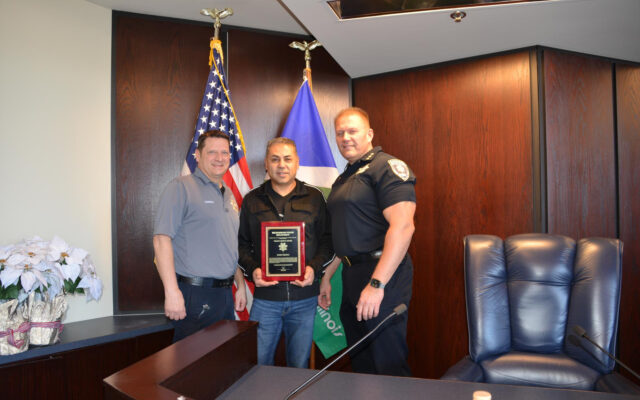 Chief Rompa opened the event by recognizing the heartwarming and selfless acts of one of Bolingbrook’s residents. Ruben Medina was presented with the Police Chief’s Award for his inspiring efforts to care for and obtain on-going resources for an elderly neighbor. Ruben’s alertness and compassion spurred a Village-wide effort to ensure the well-being and dignity of a fellow resident.  The Police Chief’s Award is awarded in recognition of an outstanding contribution to the Bolingbrook Police Department, law enforcement or public safety. Ruben is the first resident to receive this award from Chief Rompa. 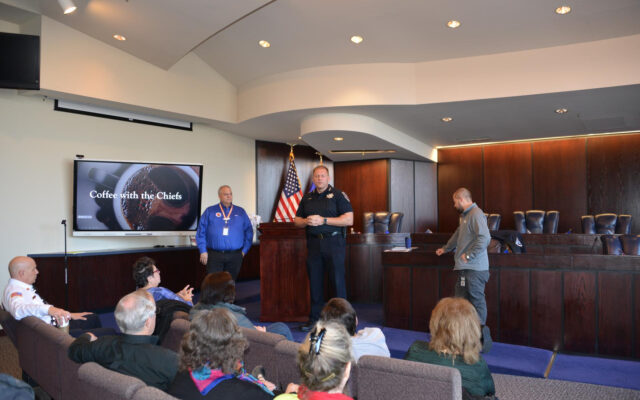 Long time Executive Director of the Bolingbrook Park District and Coffee with the Chiefs regular Ron Oestreich used his regularly scheduled address to say goodbye to the residents.  After serving the Bolingbrook Park District for over twenty-six years, Ron will retire from his role next month. We thank Ron for his years of service to our community, his leadership and his friendship. We all wish Ron and his family the best of luck as they begin a new journey down in Tennessee. 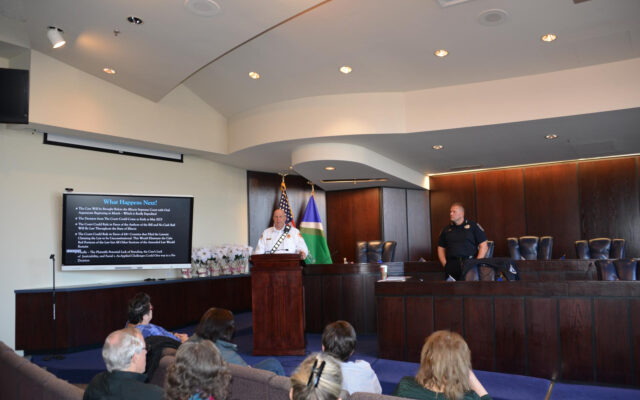 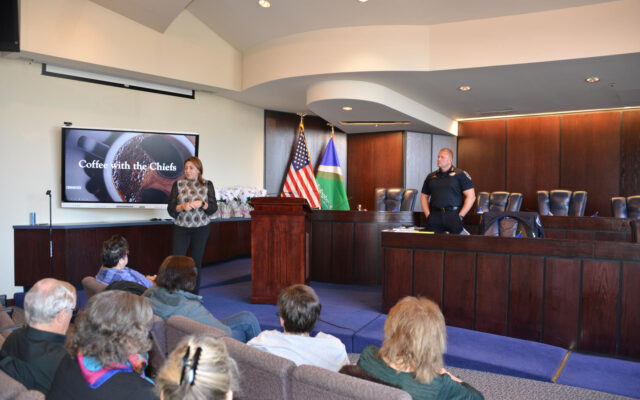 Coffee with the Chiefs wouldn’t be complete without a visit from Mayor Mary Alexander-Basta. Mayor Mary commended the countless number of helpers such as Ruben Medina that share our hometown. In doing so she invites everyone to attend the “Together We Serve” event at the Community Center on January 25, from 5:00pm-8:00pm. At the event residents can learn of the many resources available throughout the Village.

The Police Department was represented by the Investigations Division which informed audience members on their growing reliance on digital forensic technologies. The BPD prides itself on staying up to date with the latest investigative tools and training.  Commander Sean Koren and Lieutenant Kris Schrubbe thanked the Mayor and her Trustees for their continued investments in the unit.

Finally, Chief Rompa and Officer Pat Kinsella updated everyone on the current court battle involving the SAFE-T Act.  This topic has spurred many questions over the past few Coffee with the Chiefs events, and we are continuing the monitor the available information as it evolves.

We look forward to the next Coffee with the Chiefs which will be held on February 14, at the Bolingbrook Community Center located at 201 Canterbury Lane.