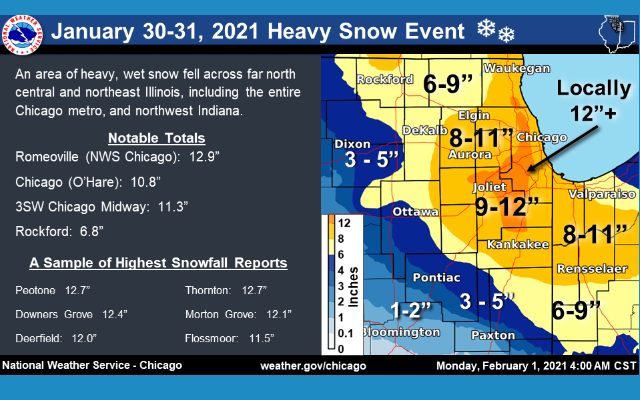 Chicago’s winter storm over the weekend is the largest to hit the city in over five years. The National Weather Service says nearly nine-inches of snow was recorded at O’Hare Airport yesterday. That is the largest snowfall recorded at O’Hare since November 2015. Some areas outside the city saw around a foot of snow. City officials say nearly three-hundred plows were deployed across Chicago on Saturday. Hundreds of flights were canceled at both O’Hare and Midway airports due to the storm.