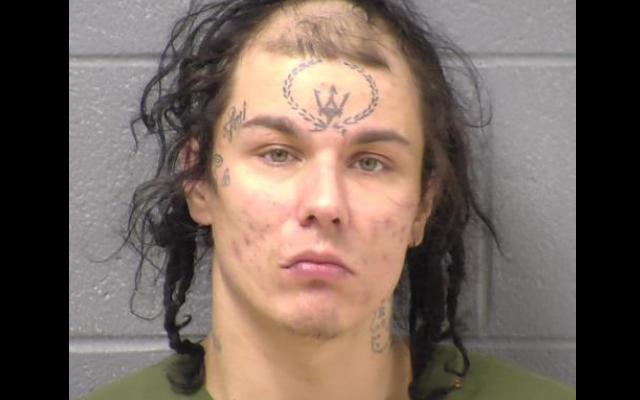 Joliet Police Special Operations Squad and Crisis Negotiation Team were called to the scene after a man barricaded himself inside a home in the 900 bock of Natoma. It was at 3:35 pm Wednesday that police responded to a report of a domestic disturbance. Upon arrival, Officers met with an adult female victim and determined that she had been battered by her ex-boyfriend, Anthony Harames. Further investigation determined that during an argument, Harames shoved and pushed the female victim and demanded that she leave. It was also indicated that Harames was under the influence of an unknown substance and was barricading the door as the victim exited the home. The victim was uninjured.

As Officers attempted to make contact with Harames, he grew agitated and told Officers to shoot him. Harames retreated inside of the residence and refused to come outside. It was unknown at this time if others were in the home with Harames. Members of the Joliet Police Special Operations Squad and Crisis Negotiation Team were called to the scene. Crisis negotiators spoke with Harames for nearly six hours at which time Harames peacefully exited the residence and was taken into custody without further incident. Harames was arrested then transported to Amita St. Joseph Medical Center by the Joliet Fire Department for a mental health evaluation.