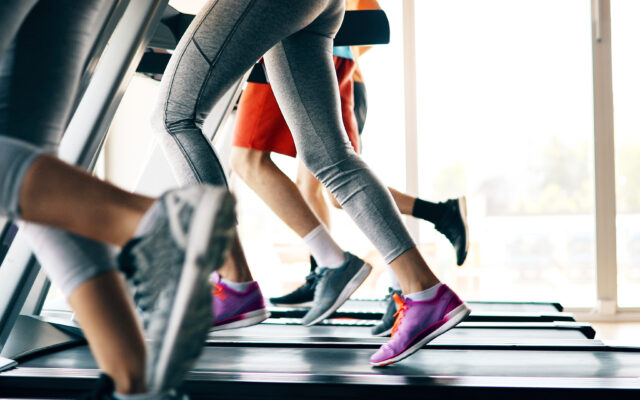 During the pandemic, the economic havoc wreaked on restaurants has received a lot of attention, but the fitness industry has been hit just as hard if not worse, and omicron presents another challenge.

Usually a refuge for stress relief or community for health-conscious people, gyms have spent the better part of two years empty, shuttered for fear of the virus.

From March 2020 through June 2021, the national fitness industry lost $29.2 billion in revenue, according to Merikay Marzoni, director of marketing and public relations for Fitness Formula Clubs.

Fitness facilities pivoted to virtual or hybrid models and investing in cleaning and safety standards in an attempt to meet states’ guidelines and stay afloat, but for many it wasn’t enough.

“Twenty-two percent of all fitness facilities have permanently closed nationwide as of July 1, 2021, and in Illinois specifically that number is 27%,” she said.

In the latter half of 2021, mask mandates were lifted in Illinois, allowing for the start of a recovery, but then delta hit and gyms shut back down.

With omicron now spreading like wildfire, gyms are bracing as another wave of mandates and guidelines hits.

“It’s just one more thing and it’s just keeping up with the ever-changing guidelines and mandates,” Marzoni said. “We don’t want to be shut down again so we want to do whatever we can as an industry to stay open.”

Chicago is one of several cities like New York and Boston to enforce a vaccine mandate for indoor spaces including gyms.

Marzoni has hope that the traditional January surge in fitness interest will win out over omicron, and there is reason to believe she might be right.

Foot-traffic in gyms was strong at the end of the year with numbers above 2019 levels during the last week of November and first two weeks of December, the Wall Street Journal reported.

“The fitness industry was an industry that was first to be closed and among last to reopen and we haven’t received any direct federal relief,” she said.

Marzoni points to The Gyms Act currently introduced into the U.S. Senate as a source of hope.

U.S. Rep. Mike Quigley and U.S. Sen. Tammy Duckworth, both Democrats from Illinois, co-sponsored The Gyms Act, which if passed, would provide grants to assist the fitness industry’s recovery.

Marzoni said if given the chance, the industry will bounce back quickly.

“Over the summer here in Illinois when the mask mandate was lifted, we absolutely saw a record number of people coming back to the clubs,” she said.