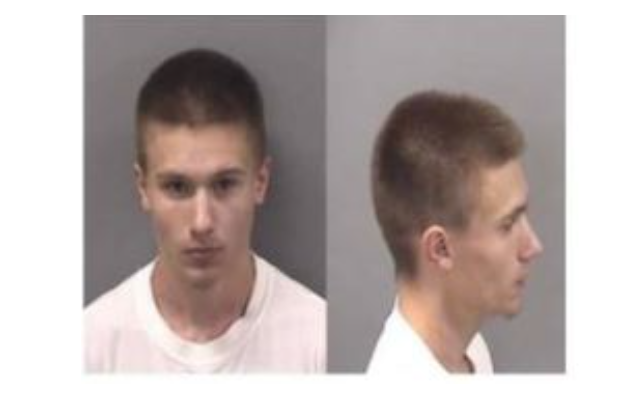 A habitual car thief who was recently released from the Illinois Department of Corrections is arrested after a multi-county crime spree in Illinois.

Palmer was paroled on June 2, 2021 after serving time for multiple Motor Vehicle Thefts is charged with stealing three vehicles within a 24-hour period. Palmer was in the custody of the Illinois Department of Correction since April 21, of this year after violating his parole status.

Deputies were initially called by OnStar in regards to a stolen motor vehicle that was being tracked off of Illinois Route 113. Upon arrival, deputies located the vehicle in front of a residence and determined that a vehicle was missing from another nearby residence. Shortly thereafter, Grundy County deputies located the vehicle and were involved in a pursuit. The pursuit ending as Palmer struck head-on with a school bus which was not occupied by children at the time, as well as multiple other vehicles and sideswiping a Grundy County Sheriff’s cruiser as Palmer attempted to flee the scene.

WJOL has learned that his mother was inside the vehicle when he was arrested.