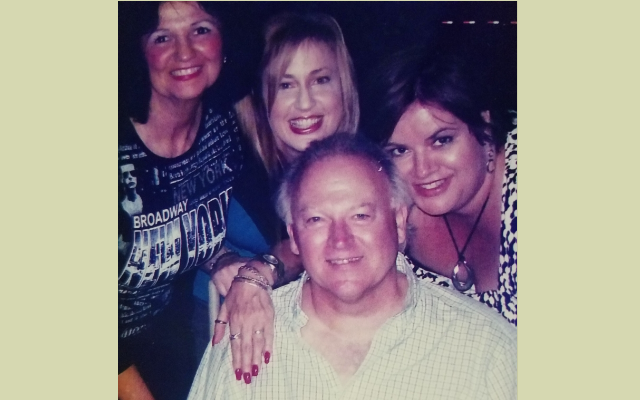 Funeral arrangements are set for James Smith. He died at the age of 72 with his wife Janice by his side. He was a champion of the Rialto Square Theatre and the City of Joliet.

He was also on the Rialto Foundation Board, past chairman of the City Center partnership and member of the board and worked tirelessly for the city of Joliet events.

Services for James will be at Blackburn-Giegerich-Sonntag Funeral Home on Tuesday, September 29, 2020. Visitation to begin at 9 a.m. Service at 11 a.m. with Brother James Gaffney officiating.

Burial to follow at Woodlawn Cemetery. In lieu of flowers, please consider donations to The Rialto Square Theatre or the Joliet Historical Museum in his memory.

James V. Smith, age 72, passed away with his wife, Janice, at his side.

James was born in Wichita, Kansas, the son of Cornelius “Ping” Smith and Nadine (Morris) Smith.

Charlotte, NC and niece, Janet (Robert) Wilson of Carmel, IN, and sister-in-law, Sharon Smith Downs of

Abrams of Bend, OR, and brother-in-law David (Staci) Winkler of Sierra Vista, AZ. Also survived by

James was preceded in death by his parents, Cornelius “Ping” Smith and Nadine (Morris) Smith, and by

his brother, Gary M. Smith, as well as by his in-laws, Delbert and Doris Winkler Gabel, and brother-in-law,

James was a loving husband, a good friend and a truly great person. He cherished his friendships, some

of which have endured over six (6) decades. He was a graduate of Joliet East High School, Pittsburg

State University in Pittsburg, Kansas, and an active member of the Tau Kappa Epsilon fraternity.

James was an integral and passionate participant in his community. He was an enthusiastic member of

the Joliet Rotary Club, and had achieved 29 years of perfect attendance. He had also served on the

board of directors for the Greater Joliet Area YMCA for 20 years. James was a devoted member of the

Rialto Square Theatre board of directors, serving as board chair, and as a key member of the Rialto

Foundation Board. James was also a board member for the Joliet Historical Museum, City Center

Partnership, and for the Will County Center for Economic Development.

James was an avid boater. He took great pride in his committed work ethic and in his family and friends.

He served his community, not because it looked good on a resume, but because he truly cared about the

area in which he lived and worked. James was a founding member of the Octagon Investment Club and a

His death is an incalculable loss to his family, many friends, and to his community. James has now set

sail, as Shakespeare said, to that “undiscovered country.”

Services for James will be at Blackburn-Giegerich-Sonntag Funeral Home on Tuesday, September

Burial to follow at Woodlawn Cemetery. In lieu of flowers, please consider donations to The Rialto

Square Theatre or the Joliet Historical Museum in his memory

To send flowers to the family or plant a tree in memory of James V Smith, please visit our floral store.