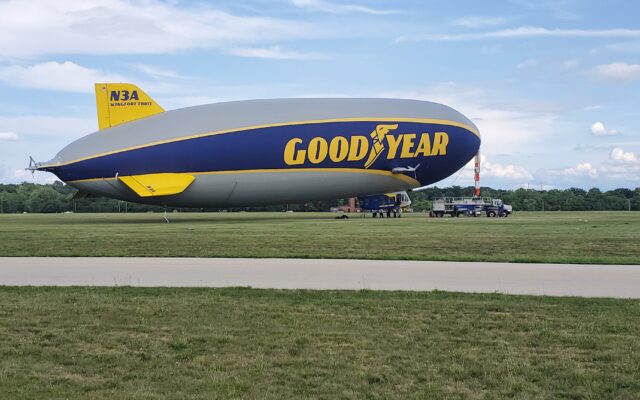 The Goodyear Blimp has made its second appearance in Joliet in a week.  Last week the Blimp stopped here on the way to the PGA tournament in Blaine, Minnesota. And they stopped here again on Tuesday to spend the night  before continuing on to Detroit for another PGA event.

The blimp was at the Joliet Park District airport.

Nick Jakusz from our sister station WERV interviewed the pilot.