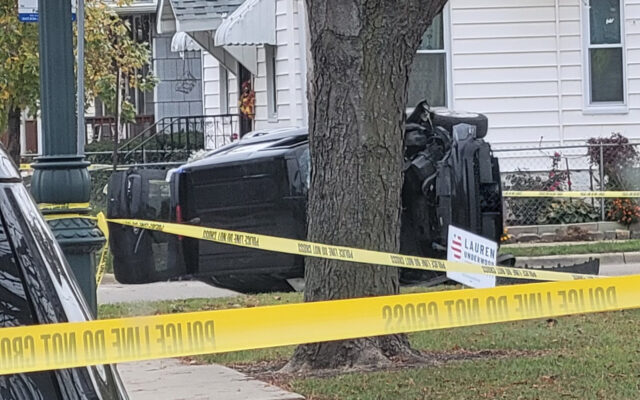 One person is dead following a high-speed pursuit and shooting yesterday on the city’s east side. Joliet Police responded to the intersection of Columbia Street and Henderson Avenue around 12:20pm, to a call of shots fired. Upon arrival, they found an SUV on its side, where they located an unresponsive 27-year-old male that appeared to have been shot. He was pronounced dead at the scene.

Crews canvassed the area and found multiple shell casings and damage to nearby homes. The motive and events behind the shooting and crash are still unknown, and the investigation remains active at this time.

If you or someone you know has any information related to this incident, you’re encouraged to contact the Joliet Police Department Investigation Unit at 815-724-3020. You can also contact Will County Crime Stoppers at 800-323-6734 or online at https://crimestoppersofwillcounty.org/ if you wish to remain anonymous.

WJOL has reached out to JPD for more information and we will bring it to you as soon as it becomes available.

This is an ongoing story. Stay tuned to WJOL.com and 1340 WJOL for more information