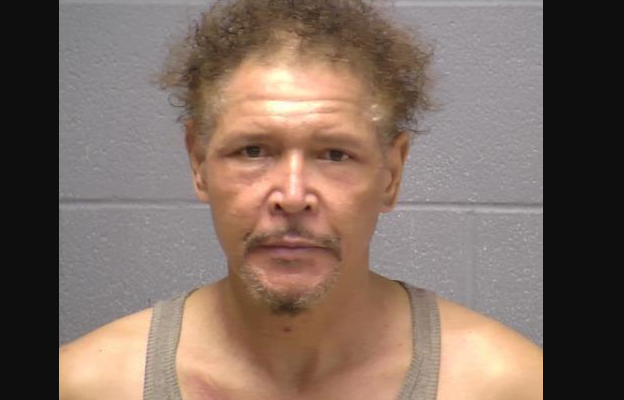 A 56-year-old Joliet man has been arrested after allegedly firing a handgun at his adult son during an argument. Dariuf Jordan has been charged with Aggravated Discharge of a Firearm and Aggravated Assault. On Saturday night, at 8:30 pm, Joliet Police were called to the Larkin Village Apartments in the 1000 block of Lois Place. Multiple residents had reported hearing a gunshot. An investigation from Joliet Police shows that Jordan and the victim were arguing and the victim decided to leave but returned a short time later to collect one of his belongings before leaving.

Jordan refused to open the door and even threatened to kill the victim. Jordan then apparently fired one round toward the closed door of the apartment, striking the frame. The victim was unharmed and fled from the area before calling 911. A short time after arriving Police were able to take Jordan into custody without incident. A loaded 9mm handgun was recovered.  His bond was set at $10,000 in Will County Court.