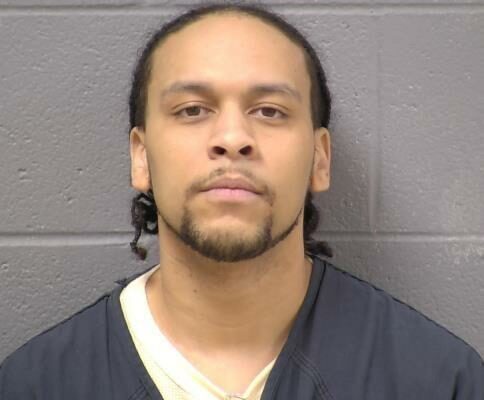 A 32-year-old Joliet man has been sentenced to 12 years in prison for the 2018 shooting of a rifle into a home. Deanthony Williamson was convicted of Aggravated Discharge of a Firearm, Unlawful Use of Weapon by Felon, and Possession of a Firearm Without the Requisite Firearms Owner Identification Card.

Back in September of 2018, Williamson shot a Carbine rifle at a home on Hobbs Street in Joliet. The bullet went through the outside wall and into the front upstairs bedroom, over the heads of four sleeping children. Following the incident, Williamson led the police on a car chase after they attempted to pull him over for failing to stop at a stop sign. He then got out of the car and led the police on a foot pursuit, during which he threw the rifle over a fence. After Williamson was apprehended, police recovered the high-powered rifle from the backyard on the other side of the fence.