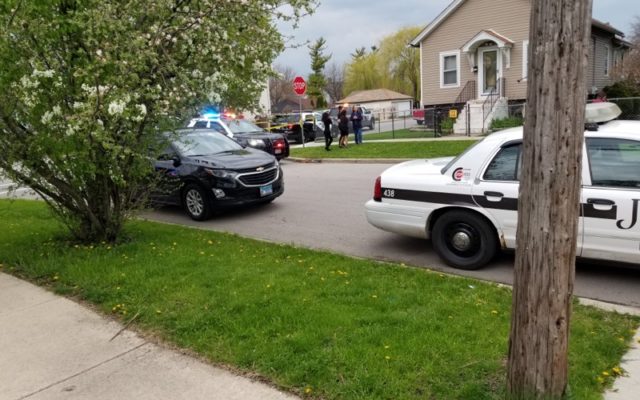 Joliet Police are sharing details on a pair of shootings that took place on Tuesday, April 28th. It was at approximately 8:59pm, that Joliet Officers were in the area of 5th Avenue and Sherman Street and heard a gunshots. Officers then observed a black Cadillac SUV fleeing the area. Officers attempted to initiate a traffic stop on SUV in the area of Richards Street and 4th Avenue, but the SUV failed to stop for Officers, and fled onto westbound Interstate 80.

Officers pursued the Cadillac SUV on westbound Interstate 80, to southbound Interstate 55, to the area of W Coal City Road in Diamond where the vehicle eventually stopped. Once stopped, several occupants exited the SUV and fled on foot. Officers were able to take two subjects that fled from the SUV into custody immediately.

Joliet Police, along with numerous other law enforcement agencies, established a perimeter and conducted a search for the remaining suspects that fled from the SUV. Two other subjects were located in the 2500 block of E Stellon Street in Diamond, and were taken into at approximately 1:35am Wednesday morning.

This news comes after another shooting in Joliet on Tuesday afternoon, this one in the 700 block of Francis. A Joliet man was shot and killed in an alley behind his house according to a witness. The Will County Coroner identified the victim as 47-year-old Floyd Faint Sr.

Faint appears to be the victim of a gunshot wound. The Joliet Police Department is investigating the incident. The final cause and manner of death will be determined at a later date pending police, autopsy and toxicological reports.

It was last July that Faint’s son, 29-year old Floyd Faint, Junior was shot and killed on a Saturday afternoon in Rockdale.