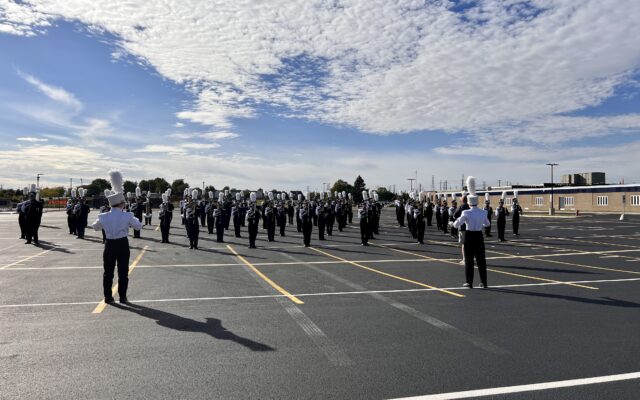 The Joliet West High School Marching Tigers took first place in their class, won caption awards for Best Music Performance, Best Visual performance, Best General Effect, and finished 2nd overall out of 14 competing bands at the Marching Band Festival held at North Central College on October 2 over the weekend.  This is just one of the recent accolades obtained by the band.  On September 25, the band performed at the Romeoville High School Spartan Classic and finished 4th in Class AA.

“It has been almost 2 years since our last competitive performance and it feels great to play for these appreciative audiences,” said Alyson Bauman, Assistant Director of Bands at West.   “The students have been working very hard since the summer sessions and we are excited about our upcoming performances over the next few weeks,” says Eric Wellman, Director of Bands at West.

The band will finish up its competitive season with performances at the Downers Grove South Music Bowl on October 9, the Lincoln-Way Marching Invitational on October 16, and the Illinois State Marching Championships on October 23.