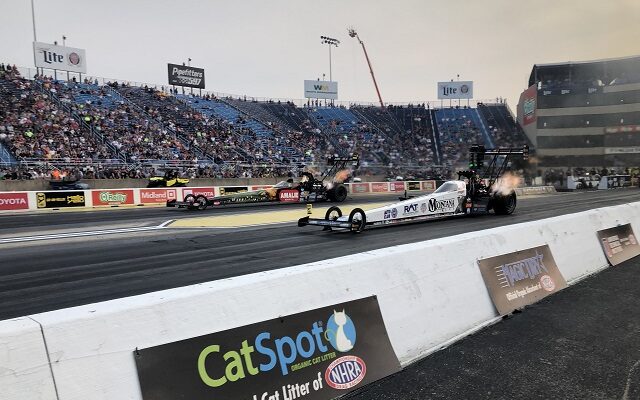 For the first time since 2019 the Camping World NHRA series will be racing in Joliet, the NHRA announced its 2023 schedule and Joliet was the 6th of 21 events. The top fuel event will run at Route 66 Raceway May 19-21, 2023. This summer a Lucas Oil division race was held at Route 66 and over 550 cars entered and it showed NHRA that the track is still a favorite among drivers.

Joliet’s track opened in 1999 and immediately became known as one of the fastest tracks in the country. As far as the future of the NASCAR facility in Joliet is concerned, it will remain closed for the foreseeable future as NASCAR and the city of Chicago have signed a three year contract for a city race along the Lake front.