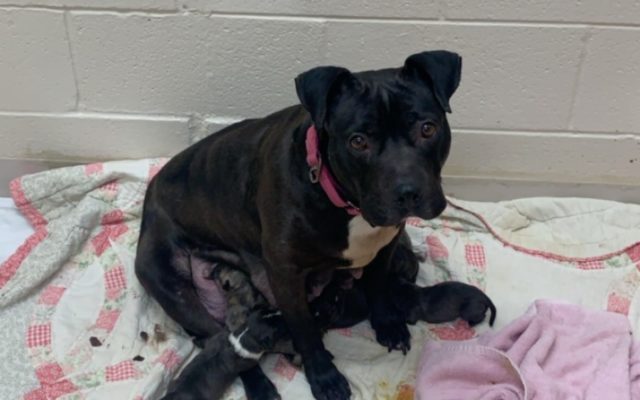 State’s Attorney James Glasgow has announced that two dog owners being prosecuted for cruelty to animals by the State’s Attorney’s Animal Protection Unit have forfeited nine canines – including six puppies born Saturday to the female mother dog named “Baby” – who had been living in an abandoned property at 1107 Magnolia Street in Joliet. The animals are now at Joliet Township Animal Control where they are being made available for adoption.

“In cases involving allegations of animal abuse and neglect, it is important to prevent possible harm to these innocent and trusting creatures,” Glasgow said. “That is why the Animal Protection Unit I created in the State’s Attorney’s Office is so vital. This special Unit addresses cases of animal neglect and abuse with an eye toward protection as well as prosecution. The forfeiture of these nine companion animals is a perfect example of how this Unit protects our domestic companions in the course of prosecuting cases involving animal abuse and neglect.”

Glasgow recently received a national award from the Animal Legal Defense Fund as one of the nation’s Top Ten Animal Defenders for his work in establishing the Animal Protection Unit and in creating The League of Extraordinary Canines & Friends, a countywide initiative designed to combat animal cruelty and abuse through advocacy, communications, cooperative efforts with animal humane and rescue organizations, the specialized animal protection unit in the State’s Attorney’s office, the law enforcement community, and all local units of government.

“Like humans, animals are sentient beings capable of experiencing pain, stress, and fear,” Glasgow said. “Prosecuting animal abuse and neglect is important, but we must remember that it is just as important to remove animals from situations in which they are suffering.”

The two defendants in this matter still face charges for cruelty to animals.