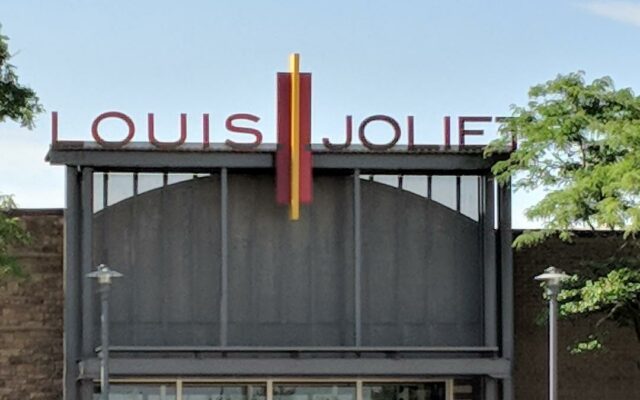 Three juveniles of which one is a female were arrested near Louis Joliet Mall for mob action and disorderly conduct. On Saturday evening at 7:44 an officer assigned to a contract security detail at the Louis Joliet Mall (3340 Mall Loop Drive) was notified by security about a disturbance taking place in a Cinemark movie theater. As additional Officers responded to the movie theater, it was reported that one of the individuals involved in the incident may possibly be armed with a handgun.

As Officers arrived, it was determined that two males and a female had run from the theater through the parking lot after Cinemark staff attempted to escort them from the property. Officers chased after the suspects and eventually caught up to them in the parking lot of Home2Suites (4095 Hennepin Drive) and placed them into custody without further incident.

Upon search of the area where the suspects had been observed running and eventually captured, Officers recovered a loaded .45 caliber handgun from the ground. It was determined throughout the investigation that the 17-year-old juvenile had previously possessed the handgun. This incident was isolated in nature and there is no danger to the community.

A 17 year old male juvenile was arrested, processed, and transported to the River Valley Justice Center for Aggravated Unlawful Use of a Weapon, Mob Action, and Disorderly Conduct.

A female juvenile (16) was arrested, processed, and transported to the River Valley Justice Center for Mob Action and Disorderly Conduct.

A male juvenile (16) was arrested, processed, and released to a parent for Mob Action and Disorderly Conduct.