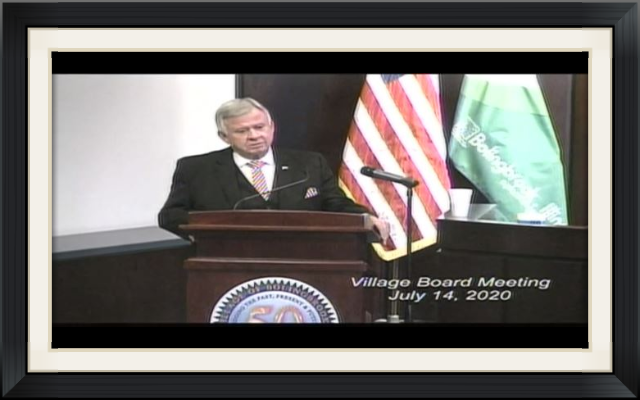 The Mayor of Bolingbrook will not finish out his last term in office. Mayor Roger Claar has said he would not seek re-election next year but is now cutting his time short. He will retire at the end of this month on July 31st. Mayor Claar stated at the last council meeting that Tuesday, July 28th will be his last council meeting.

Mayor Claar tells WJOL that his 5-year old granddaughter who lives in California with his daughter Lindsey and her husband Trevor is calling his name. He wants to spend more time with his wife Pat and will be traveling to California a lot, although he says he will not be moving there.

He’ll be 75 in November and says his daughter who is 37 grew up while he was a very active mayor and wasn’t home much. While she was OK with that, Claar says he doesn’t want to do the same with his granddaughter.

A replacement will be selected by the existing board of trustees and state statute dictates the choice must come from the board.

Claar was a village trustee for five years and appointed Mayor in 1986 to fill a vacancy. He is Bolingbrook’s longest-serving Mayor. He is the only Bolingbrook Mayor to be elected to consecutive terms. He was elected Mayor in 1987, and every 4 fours year after that.