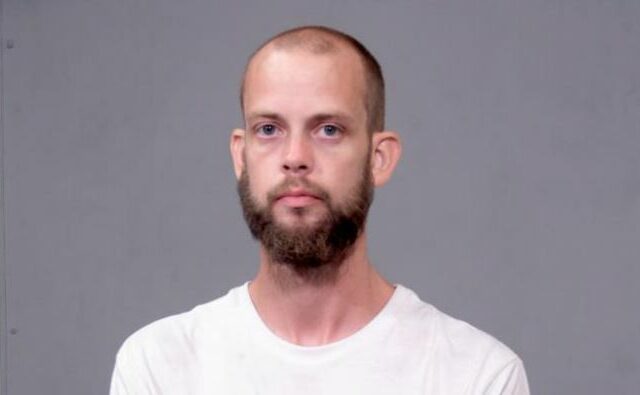 Joliet Police have announced the arrest of a 35-year-old homeless man in connection to a domestic disturbance from earlier in the month. Back on July 17th, just after 5:00 am, Joliet Police were called to the Star Inn on Jefferson Street for a domestic disturbance. Shortly after arriving, officers learned that Paul Heffreon had allegedly battered his girlfriend during an argument in a guest room and that during that argument Heffreon allegedly choked the victim with both hands to the point that she began to lose consciousness. Heffreon then threw the victim to the ground, causing her to strike her head against the floor. He then continued the attack by punching the victim multiple times with a closed fist before fleeing  from the room. The victim suffered serious injuries to her face and was transported to Ascension St Joseph Medical Center by the Joliet Fire Department. Officers were unable to locate Heffreon following an extensive search of the area.

Heffreon was placed into custody on July 25, after he turned himself in at the Joliet Police Department. Paul Heffreon has been charged with Aggravated Domestic Battery and 2-counts of Domestic Battery.