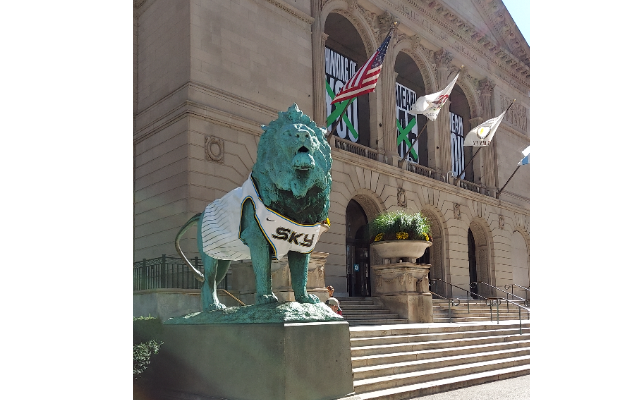 The City of Chicago is celebrating the 2021 WNBA Champion Sky with a downtown parade and rally today. The parade will begin at 11 a.m. when the team departs from Wintrust Arena. It will travel north on Michigan Avenue from Roosevelt Road to Randolph Street, and head east to Jay Pritzker Pavilion in Millennium Park, where the rally will start at noon. The rally is free and open to the public. The Sky secured the first WNBA title in team history Sunday by defeating the Phoenix Mercury 80-74 in game four of the finals. The Chicago Art Institute lions sporting Chicago Sky jerseys in honor the championship.