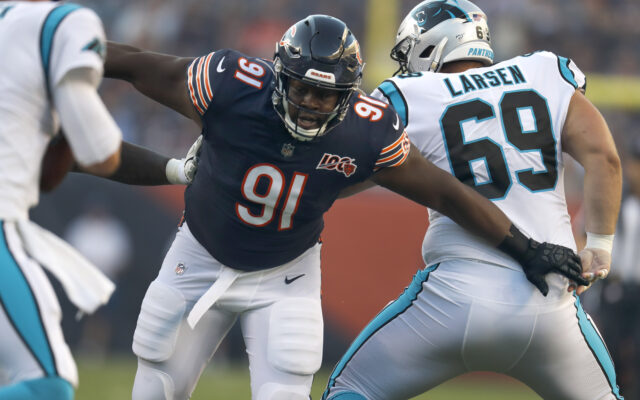 Former Bears defensive lineman Eddie Goldman is retiring from the NFL.  The Falcons announced yesterday that the 28-year-old is planning to retire after signing with Atlanta earlier this month.  Goldman was taken by the Bears in the second-round of the 2015 NFL draft out of Florida State.  He played six seasons in Chicago before being cut in March.