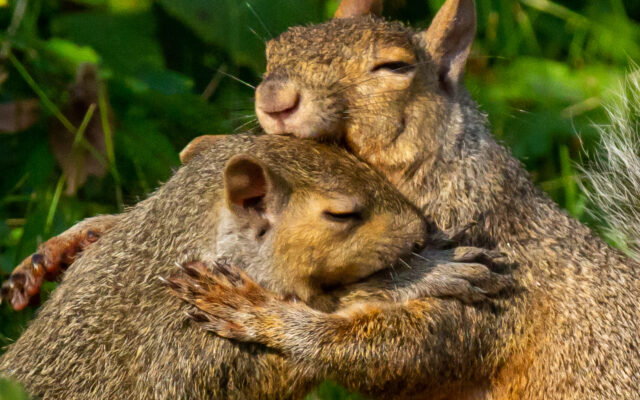 This squirrel shot snapped at McKinley Woods in Channahon won Romeoville resident Chad Morsch the month of December in the Forest Preserve District of Will County’s Preserve the Moment Photo Contest. Voting for the overall 2022 contest winners begins at noon Tuesday, Jan. 10, on Facebook.com/WillCoForests. (Photo courtesy of Chad Morsch)

It’s time to vote for your favorite pictures in the Forest Preserve District of Will County’s 2022 Preserve the Moment Photo Contest now that December’s winner has been chosen.

The contest began in May and all eight monthly winners will now vie for overall contest honors via voting by members of the public on the Forest Preserve’s Facebook page, Facebook.com/WillCoForests. Voting will begin at noon Tuesday, Jan. 10, and end at 11:59 a.m. Friday, Jan. 13. Once all the votes are tallied, winners will receive gift cards of $500 for first place, $250 for second place and $150 for third place. Three contest participants chosen at random will receive $75 gift cards. Monthly winners received $75 gift cards. All prizes are funded by The Nature Foundation of Will County, willcountynature.org.

December winner
Chad Morsch of Romeoville won the month of December by snapping a shot of a fox squirrel at McKinley Woods in Channahon. Morsch said he was walking back to his car when he saw the squirrel enjoying a meal of smashed hedge apple from an Osage-orange tree. Judges selected the top five photos from submissions in December, and members of the public chose the squirrel shot as the best photo of the month via Facebook voting.

“The squirrel was so preoccupied with its meal that it allowed me to get relatively close,” Morsch said in an email after being notified of his win. “It was quite amusing watching it try to dissect the hedge apple into small enough pieces it could hold on to. I spent several minutes watching it eat and took several shots. When it was finished it simply ran back to the grass and we both went our way. The squirrel had a full belly, and I had some nice photos.”

The other December finalists were: