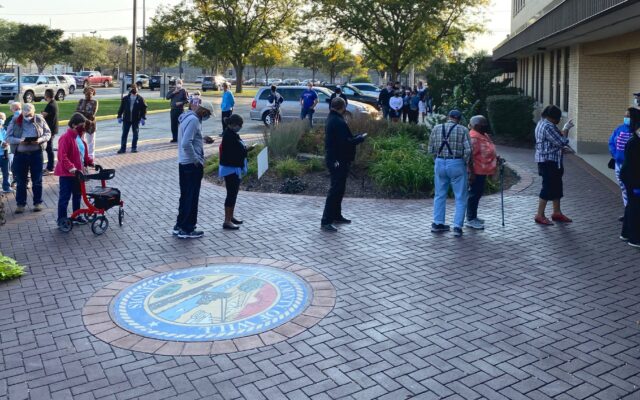 Early voting is underway in Illinois. Lines snaked around the Will County Building onto Scott Street on Thursday. Will County Clerk Lauren Staley-Ferry says 716 people voted yesterday. That’s 7 times the number of people who voted on the first day of early voting in the last presidential election in 2016 where 103 people showed up to vote.

Voters were able to begin casting ballots and voting by mail for the November general election starting yesterday. Many voters said they took advantage of early and mail-in voting to avoid crowds on Election Day as the COVID-19 pandemic continues, while others simply found it more convenient. Poll workers are busy making sure voting in the spaced out booths goes smoothly and that areas are regularly sanitized.