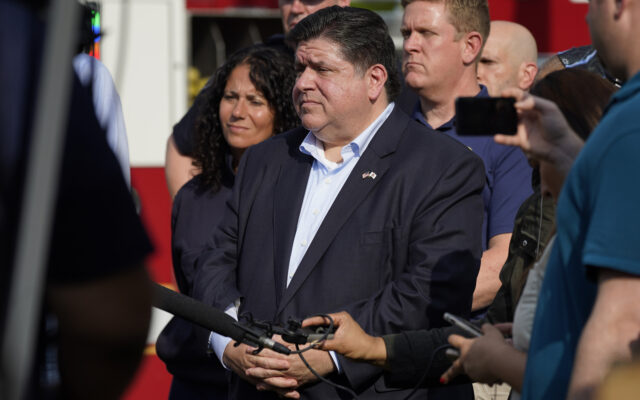 Governor Pritzker is calling for action on gun violence following the deadly mass shooting during a July 4th parade in Highland Park. The governor said he is furious that more innocent lives were taken by gun violence, proclaiming that mass shootings have become an “American tradition.” He added that our founders would not have said a person has a constitutional right to an assault weapon with a high capacity magazine.

Today, I ask all Illinoisans to pray for the families who have been devastated by the evil unleashed this morning in Highland Park, for those who have lost loved ones and for those who have been injured. I also ask that we all pray for our first responders at all levels of government who are actively working to bring the suspect into custody, and whose bravery undoubtedly saved innocent lives on the scene.

But grief will not bring the victims back, and prayers alone will not put a stop to the terror of rampant gun violence in our country.

I will stand firm with Illinoisans and Americans: we must – and we will – end this plague of gun violence.