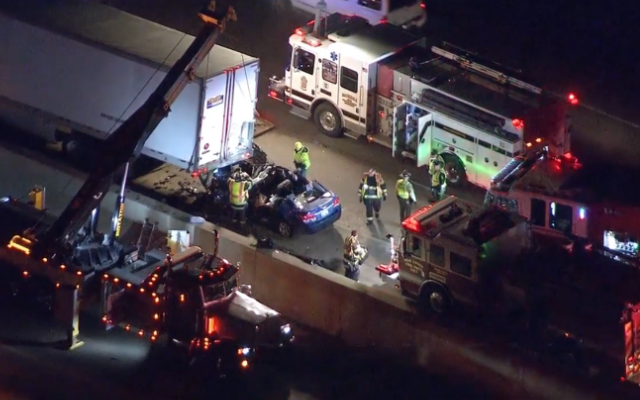 For the second time in as many days and accident eastbound on I-80 near Francis Road involving a semi-trailer. Thursday morning at 4:43 a.m. the New Lenox Fire Protection District received a call for service for an accident with injuries about a mile east of Maple Street on I-80. Upon arrival, a sedan was found pinned under the rear of the trailer of a semi.

The firefighter/paramedics began extrication immediately and were able to free the driver from the vehicle and transport them to a local hospital in critical condition.

The cause of the incident is under investigation by the Illinois State Police.