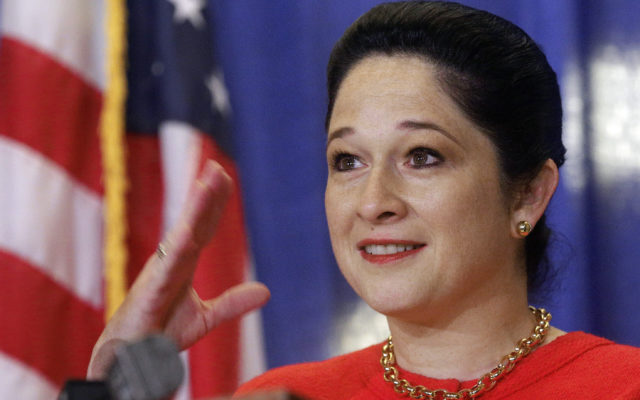 Effective February 6, the Illinois Office of Comptroller will no longer assist municipalities in collection efforts for fines for red-light camera tickets, a system that is both unfair to low-income Illinoisans and the subject of a federal corruption probe.

“My office is taking decisive action in response to unethical arrangements that have come to light regarding the red-light camera industry,” Comptroller Susana A. Mendoza said. “As a matter of public policy, this system is clearly broken. I am exercising the moral authority to prevent state resources being used to assist a shady process that victimizes taxpayers.”

News reports show these tickets fall hardest and disproportionately on minority and low-income drivers. The $100 red-light ticket camera fines can double if they initially go unpaid, and then almost triple, with vendors and private collection agencies in some cases able to keep a portion of the funds the state collects on behalf of municipalities. Loss of a driver’s license can mean loss of a job for some people who can’t afford to keep up with these fines and late fees.

The Chicago Sun-Times quoted one government official who simultaneously acted as a consultant to a red-light company – helping get them contracts with certain towns – saying he gets a cut of the money paid on every such ticket issued in those towns. Several more arrangements like this one have been revealed in other reports.

“This kind of arrangement stinks — it’s plain rotten,” Mendoza said. “It exploits taxpayers and especially those who struggle to pay the fines imposed, often the working poor and communities of color. We can’t continue the practice of municipal employees directly pocketing cash from contracts they arrange.”

Starting in 2012, the General Assembly allowed municipalities and other local governments to use the Comptroller’s offset system to help collect debts, such as court fines, administrative judgments, traffic tickets, etc., generally through withholding of state income tax refunds or other state payments. Historically that offset system has been used to help collect child support, overpayment of benefits, and other types of debt.

In recent years, a growing percentage of these collections have involved red-light camera ticket violations, mainly from Chicago suburbs. The State does not collect for the City of Chicago’s red-light or speeding camera tickets because of controversy over the use of those cameras as well as the reliability of ticket and motorist data provided by the City as part of the administrative process necessary to validate the debts themselves.

An ABC7/Sun-Times story also found most red-light tickets do NOT go to motorists who run through intersections during red lights. They go to motorists failing to come to a complete stop while making right turns on red where such turns are allowed. Many states outside of Illinois ban the use of these red-light cameras entirely.

That means low-income drivers who really count on their state income tax refund can see it nearly vanish if a fine for a relatively minor traffic offense such as failing to come to a complete stop during a right-turn-on-red, triples to nearly $300.

Municipalities are free to hire private debt collectors to go after motorists who have not paid the fines. But Comptroller Mendoza urges all municipalities to take a second look at any contracts with red-light camera companies and determine if those contracts were procured properly in light of recent news reports and criminal investigations concerning the red-light camera industry and its relationship with government officials.

“I think it’s critical that the state’s collection mechanisms should not be hijacked by political insiders to profit from an enforcement system whose integrity is now being seriously questioned,” Mendoza said.