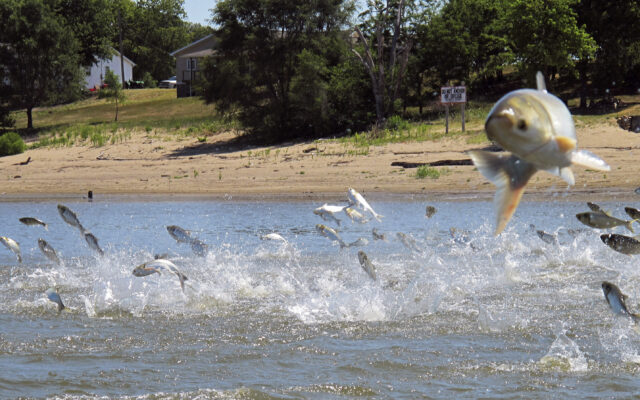 In addition to the state’s existing stamp, Illinois lawmakers are working on adding another fee for those who want permission to fish in the state’s rivers and various water holes that would go toward fighting off the spread of invasive Asian carp.

Lawmakers in the House Agriculture and Conservation Committee forwarded House Bill 2744 to the floor for consideration Monday after approving it along party lines. If enacted, it would implement the aquatic conservation stamp, a $5 stamp that fishermen must purchase before they’re able to legally fish in the state. It would be the same cost for in-state residents and those from elsewhere. It would become active in 2022.

Republicans in the committee rejected the plan because of the extra cost on fishermen.

“It is still a fee increase that everybody would pay,” said state Rep. Andrew Chesney, R-Freeport.

The funds would be sent to the Aquatic Conservation Stamp Fund, whose purpose would be to aid in the fight against Asian carp, an invasive species of fish that’s been steadily infesting Illinois’ waterways on its way to Lake Michigan.

“They just don’t belong in the lake,” said Jonathan Altenberg, director of the Great Lakes and St. Lawrence Cities Initiative. “They could destroy the habitat. It’s a real danger for us.”

Altenberg said states and the federal government are spending significant sums of money to protect recreational and commercial fishing industries worth “tens of billions of dollars.”

In January, the Army Corps of Engineers started to implement mitigation measures meant to keep the invasive species out of one of the continent’s largest bodies of freshwater.

Illinois residents already pay $15 for an annual fishing license. That cost rises to $31.50 for out-of-state fishermen. Senior citizens would be waived from the fee.