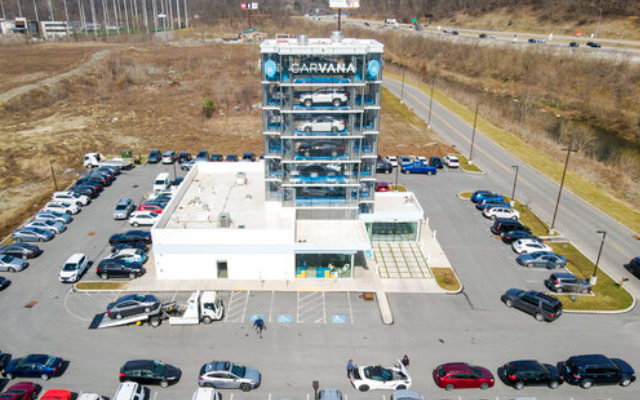 Carvana’s dealer license is suspended in Illinois. The Illinois Secretary of State says it suspended the license of the online used car retailer after it failed to properly transfer titles on vehicles it sold. The company is also accused of misusing out-of-state temporary registration permits. The suspension comes after Carvana announced last week it is laying off 25-hundred employees nationally and cutting spending. As a result, the Village of Skokie told the company to stop work on a car vending tower in the Chicago suburb.