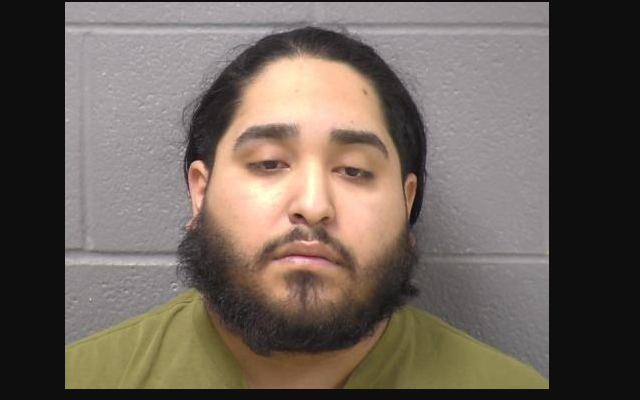 A 23-year-old Joliet man was arrested after a Thursday morning shooting. Dangelo Gutierrez has been charged with Aggravated Unlawful Use of a Weapon, Reckless Discharge of a Firearm, Unlawful Possession of Ammunition, No FOID, Possession of a Controlled Substance, Reckless Conduct, and Possession of Cannabis by Driver.

It was at 3:42 pm that Joliet Police were called tot he 600 block of Clement Street for a call of shots fired. While responding, Officers saw a Dodge Charger driving southbound on Center Street from Plainfield Road at a high rate of speed with no lights on. Officers attempted to catch up to the vehicle but were unsuccessful.

A short time later, Officers located the vehicle parked and unoccupied  near Wheeler Avenue and Croghan Street. A handgun was observed in plain view on the passenger seat of the vehicle. Officers contacted Gutierrez at a house in the 600 block of Wheeler Avenue at that time Gutierrez told police the firearm was his. While Officers were speaking to Gutierrez, he dropped suspected cocaine from his pocket.