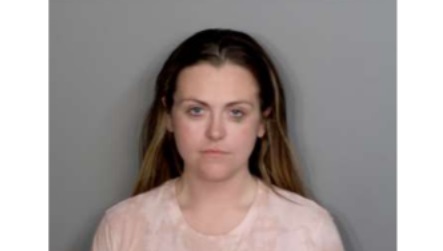 Joliet Police have announced that a 31-year-old Joliet woman has been charged with Aggravated Domestic Battery to Senior Citizen, Aggravated Battery to a Senior Citizen, and Aggravated Battery. Joliet Police arrested Kristin Martinez after an incident with her mother-in-law on Monday night. It was at 7:36 pm that Police were called to the 7600 block of Violet for a domestic disturbance. Joliet Police tell WJOL that after arriving on the scene, the investigation showed that Martinez had battered her 70-year-old mother-in-law. Martinez arrived at the victim’s residence to pick up her children, at which time an argument began that led Martinez to push the victim off the porch. The victim fell to the ground and suffered a serious injury to her wrist. Martinez was placed into custody at the scene without incident. The victim was transported to Ascension St Joseph Medical Center for her injuries.