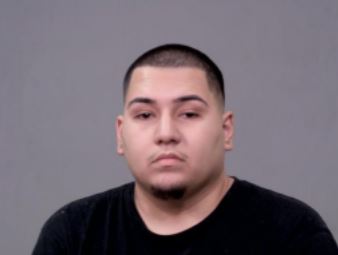 26-year-old Joliet man has been arrested for their alleged role in a shooting that left one person injured. Erik solis-Medina has been charged with Aggravated Battery – Use of a  Firearm, Aggravated Unlawful Use of a Weapon, and Defacing Identification Mark of a Firearm.

It was on Thursday evening at 5:07 pm that Joliet Police were called to the Ascension St Joseph Medical Center for a report of a male gunshot victim in the emergency room. Officers learned that a 31-year-old man had been shot in the stomach while in the area of Theodore Street and Covered Bridge Way. It was determined that the gunshots were fired by a suspect in a vehicle.

Joliet Police Detectives launched an intensive investigation in which they determined that Solis-Medina was a suspect in the shooting. A short time later, Detectives and Officers located the suspect vehicle near Mission Boulevard and Cathy Drive. Officers conducted a traffic stop and identified the driver as Solis-Medina and he was placed into custody without incident. During the stop, Detectives recovered a loaded .22 caliber handgun from under the passenger side of the vehicle. Further inspection of the handgun revealed that the serial number had been defaced.

This appears to be a targeted incident and there is no danger to the community. The victim remains in the hospital in serious condition.