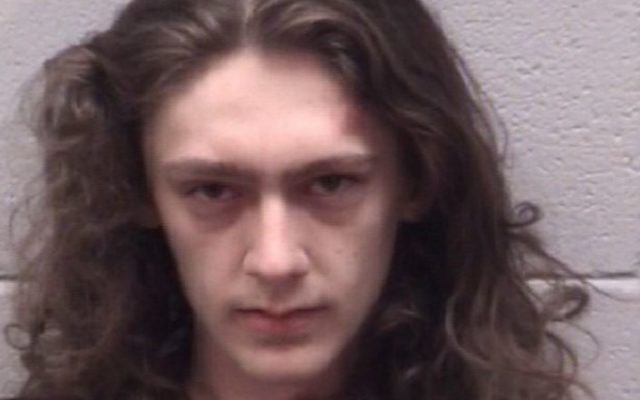 The Illinois State Police have announced the arrest of a  a 20-year old male from Morris, IL, on charges of Aggravated DUI –Involving Death. Jean Christopher Dylan Wilson, has been charged for his role in the traffic crash that resulted in the death of Brandon E. Heard, a 43-year old male of River Grove, Illinois.

On Sunday, May 3, 2020, at approximately 11:55 p.m., ISP Troopers responded to a two-car  crash on Interstate 80 westbound east of Brisbon Road in Grundy County, involving a blue Jeep and a black Freightliner truck tractor semi-trailer. An investigation revealed the Jeep, which was being driven by Wilson, was stationary on the right shoulder of Interstate 80 westbound east of Brisbon Road. As the Jeep merged back into traffic, the Freightliner traveling in the right lane, struck the rear of the Jeep. Heard, the driver of the Freightliner, succumbed to his injuries on scene. The passenger of the Jeep, Jesse M. Smith, a 25-year old male of Morris, IL, was transported to a local area hospital with serious injuries, and was later airlifted to a secondary hospital, where he remains in life threatening condition.  Wilson was transported to a local area hospital with non-life threatening injuries.

On May 4, 2020, the Grundy County State’s Attorney’s Office approved two charges of Aggravated DUI-Involving Death, against Wilson; both charges are a Class 2 Felony. After being treated at the hospital, Wilson was released into police custody. Wilson was transported to Grundy County Jail to await a bond hearing. On May 5, 2020, the court set Wilson’s bond at $500,000,