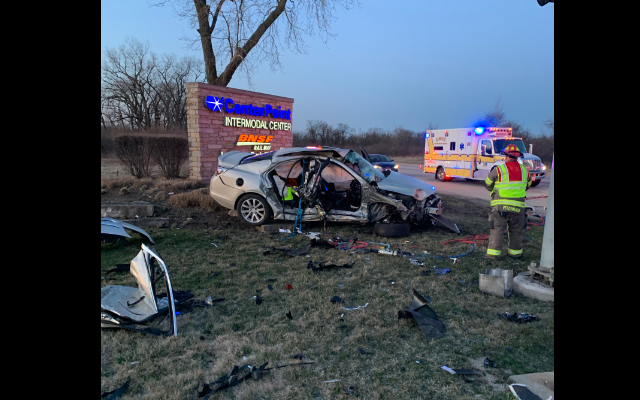 The Elwood Police Department is continuing their investigation into a fatal vehicle accident that occurred on Sunday morning at the intersection of Arsenal Road and Elwood International Port Road (EIP).

On March 27, 2022 at approximately 6:07 a.m., the WESCOM 911 Center received reports of a serious traffic crash at the intersection of EIP Road and Arsenal Road. WESCOM dispatched police, fire and emergency paramedics to the location. Elwood Police Officers and the Elwood Fire Protection District arrived on scene and determined a 2014 Chevrolet sedan and 2021 Jeep SUV collided in the intersection.

The Illinois State Police Traffic Crash Reconstruction Unit responded to the scene to conduct an investigation into the crash. Traffic investigators used state-of-the-art drone technology to create a 3D digital map of the scene that allows investigators to see specific details and measurements of the scene.

The Wilmington Emergency Service and Disaster Agency (ESDA) and Will County Sheriffs’ Deputies responded to assist with traffic control. The southbound lanes of EIP were closed and traffic
was diverted to use the northbound EIP Road lanes, while Arsenal Road remained open. All roads were cleared and reopened at approximately 10:31 a.m. The investigation into the circumstances of the crash is on-going. Anyone with information about the accident is asked to call the Elwood Police Department by calling the non-emergency number at 815-423-5411 and an officer will contact you.