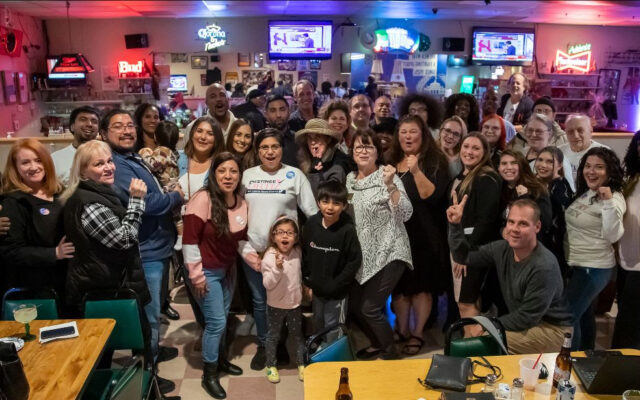 With 100% of ballots counted in Illinois’ 43rd State Senate District, Progressive Democrat Rachel Ventura declared victory with a 10 point margin over her Republican opponent, Diane Harris. Ventura commended Harris for running a clean campaign. “I have a great amount of respect for the class and civility that Diane Harris brings to the political sphere,” said Ventura. “I think Americans are tired of the negative attacks, lies and destructive politics that accompany elections, and I’m thankful that we were both able to rise above that.”

“My overarching goal is to restore hope at a time when Americans need it – restore hope in the broken system, restore hope that we can win without corporate sponsors, restore democracy and decency, and shift power and dollars back to the people where they belong,” she said during her speech. “I understand the art of compromise and will try to work with everyone, but I’m also willing to get in the ring and go a few rounds with anyone.”

Ventura concluded her speech by thanking her supporters, calling many out by name. “I’d like to thank the countless volunteers and staff members who worked tirelessly to help make this campaign a success. To all those who donated $5 a month, you funded this win!”