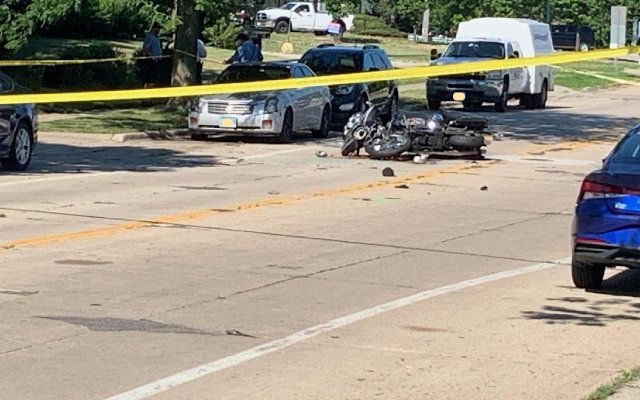 Crash at Ingalls and Hosmer in Joliet/ss

Several individuals have been hospitalized after a traffic crash in Joliet on Monday morning. At 8:10 a.m. a Volkswagen Jetta driven by a 16-year-old female from Shorewood was exiting a driveway in the 1100 block of Ingalls Avenue. The Jetta attempted to turn onto Ingalls, at which time the driver collided with a Harley Davidson motorcycle causing the driver, a 37 year-old from Crest Hill, to roll onto the hood of the Jetta. The female passenger was ejected from the bike as a result of the crash.