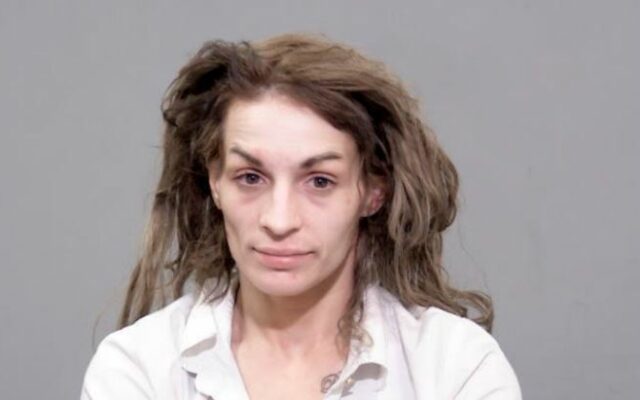 On Monday night, at 10:35 pm, Joliet Police were called near the area of Ascension St. Joseph Medical Center after receiving a report of a stolen Land Rover SUV out of Maine that was being tracked by the vehicle’s owner via GPS. Officers located the vehicle with a female driver, later identified as 29-year-old Katelynn Dubois of Wales Maine, on the south end of the hospital property and attempted to stop the vehicle. The vehicle fled as Officers approached the vehicle on foot. Police later located the SUV parked and unoccupied in the 1400 block of Mayfield Avenue. WJOL has been told that the SUV now had an Illinois registration plate that did not match the vehicle. The Maine registration plate that had previously been attached to the vehicle along with a screwdriver was located in the front passenger seat. Officers set up a perimeter and a K9 was deployed to conduct an extensive search of the area.

During the search, a key to the SUV was found in the backyard of a nearby residence. As the search continued, Officers located Dubois hiding in a garbage can in the rear of a residence in the 1400 block of Mayfield Avenue. She was placed into custody without incident. Upon search of the SUV, Officers also recovered suspected cocaine. The SUV was towed from the scene and the owner was notified. Dubois indicated to Officers that she had received the vehicle from a friend in Maine. Dubois is suspected of stealing the Illinois license plate from a parked vehicle at Ascension St Joseph Medical Center.