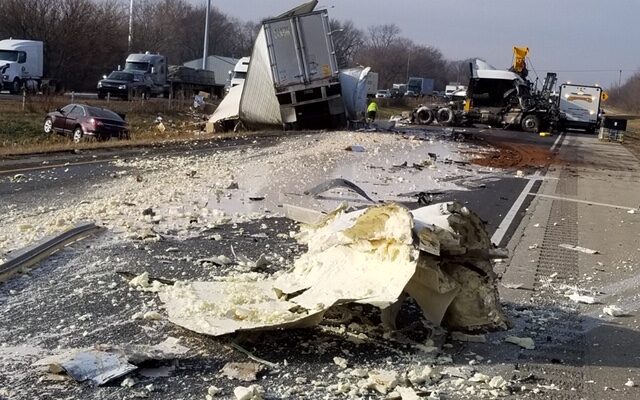 The driver of semi-tractor trailer has been charged with improper lane usage and driving too fast for conditions along with failure to reduce speed to avoid an accident on I-80 Friday morning, December 18th. Three people were transported to the hospital with non life threatening injuries. The chain reaction crash occurred westbound on I-80 involving two semis, a dump truck, a sedan and a tow truck. The driver of the semi in the right lane, hit the rear end of a dump truck then struck another semi and sedan. The driver of the first semi jacknifed in the left median hitting a fifth vehicle in the rear a tow truck. The semi that caused the crash partially engulfed in flames for a short time.

All westbound lanes of I-80 at Briggs Street were shut down Friday morning just after 7 a.m. for two hours to clean up the debris. 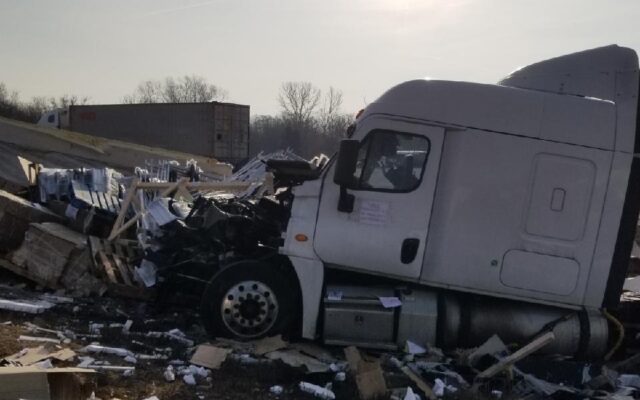 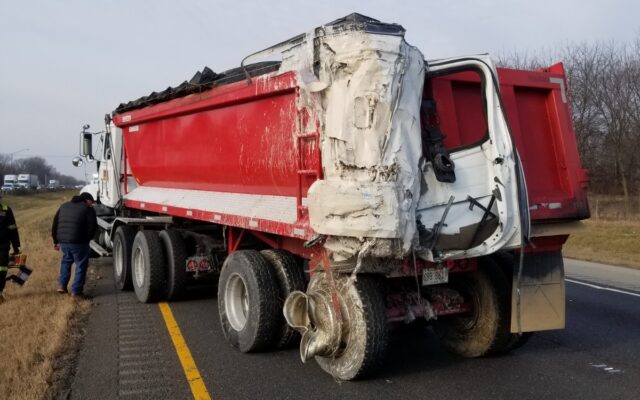 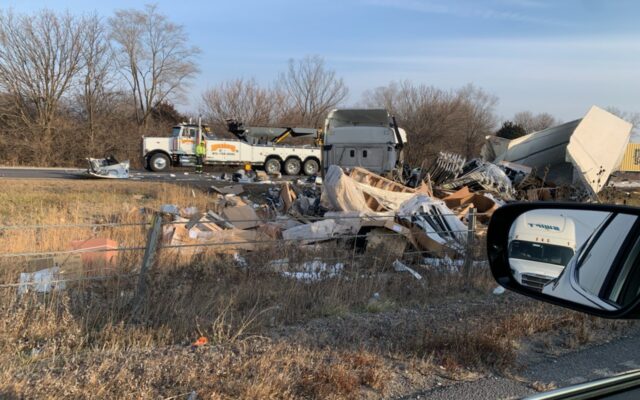 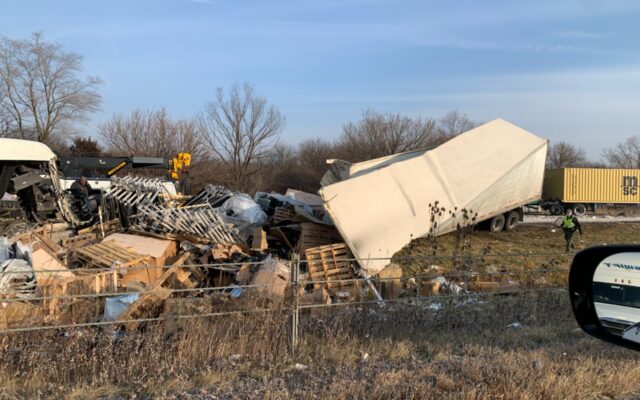